My daughter recently borrowed a number of Victorian books from the library and she is loving them.  But as much as she is finding History interesting, her younger brother is just not that interested.  He is definitely more interested in how things are built than what happened a long time ago. So when we heard about a Channel 5 documentary series called – How the Victorians Built Britain I was immediately interested.  I think there are 4 episodes and so far we have watched the first two – The first one was about the Railways and the second about the Sewerage systems in Britain.  And both the kids are loving it.  My daughter is learning more about the Victorians which compliments the books she has been reading and my son has found an interesting History angle – from the view of what was created and built in that time period.  And I must admit it is really fascinating to see what was built in the Victorian area and is still being used today.

He has always been interested in trains and the railways so I already had a BIG CAT reader called the The Railway Revolution: Band 16/Sapphire (Collins Big Cat)

at home and after watching the Victorian series on Railways and seeing how interested he was in it (and subsequently deciding to design his own version of the first ever Victorian Railway, complete with a special way of digging tunnels using a converted steam engine) I knew it would be a good time to read our Railway Revolution book together. 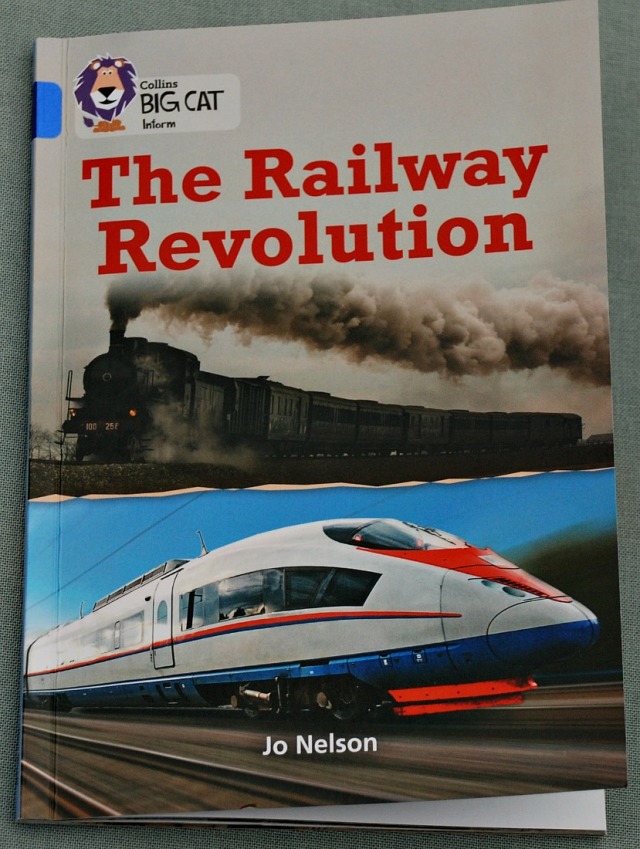 My son has found this book really fascinating.  It starts by talking about life before the trains and how the canals were used a lot (something which he especially loved as we spent a day on a barge in the Summer and he loved the entire experience).

It goes on to talk about how the stream engines were developed really from the “Miners’ Friend”.  There is a fair bit about George Stephenson (someone who my son is already familiar with but he still learnt some new and interesting facts in this book).  He loved the section about the Rainhill Trials and the difference engines that were entered especially the idea of Cycloped the horse powered locomotive. 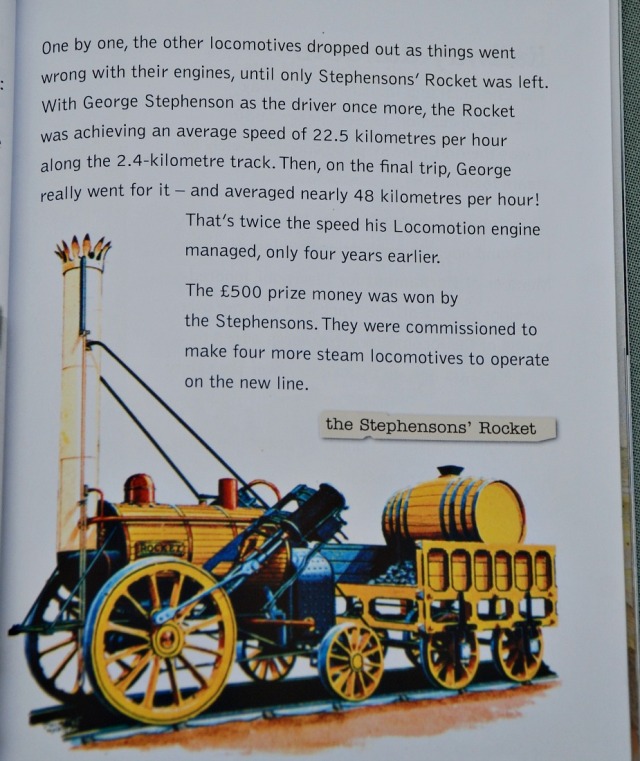 He was also very intrigued by some of the “strange” thoughts back then – like the fact that they were concerned that the trains would cause eyesight problems (The documentary also spoke about this and both kids found it very interesting that they were happy for stream engines to go underground but worried about eyesight). And oh just so much more about the different tickets, the navvies that worked on the lines, really lots of information.

The book ends by briefly talking about what came after steam engines. 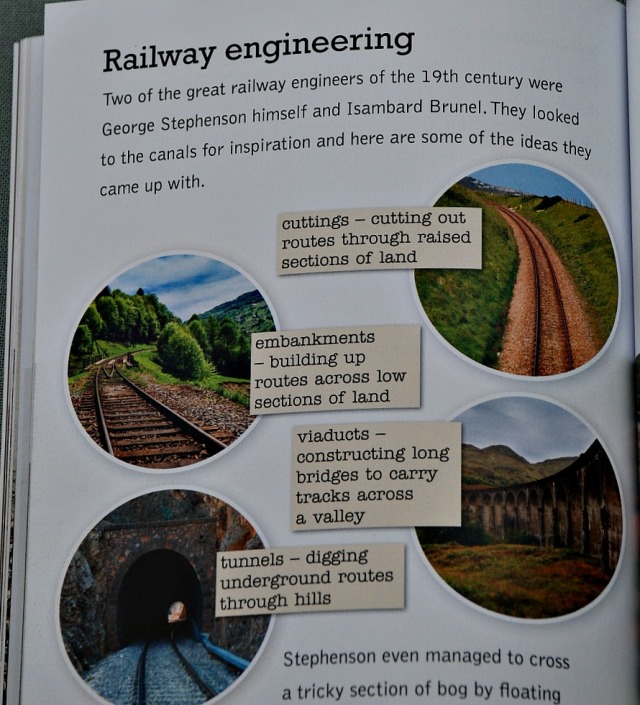 Really an interesting read for kids who find the development of the stream train and the railways interesting.  The book is in total 55 pages long.  And although the documentary focused on the underground trains and this was more about how the steam engine and how the overground rail network was developed they both really did go well together. 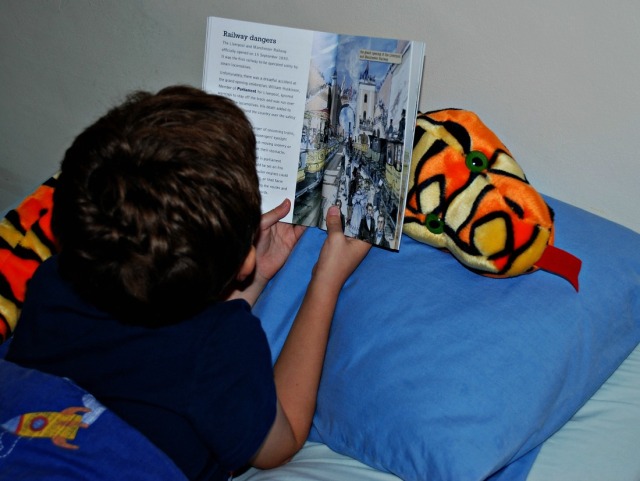 You might find this interesting – BBC History Victorian Technology