We have been talking about nouns and verbs lately and my youngest seems to have clicked quite quickly that a verb is an action / doing word but nouns seem to get mixed up.  He sometimes gets a bit confused when he tries to join in with his older sister’s learning activities (he loves working with her on projects) so I wanted to do a fun activity to help him spot nouns and make it a bit easier for him to join in with some other english activities we have been doing.

We dug out one of his old favourite story books – Night Monkey Day Monkey and I dug out a simple monkey drawing that I did for my daughter years ago and used the two together.  The idea being that as he reads the book he finds nouns and then writes the words on his page creating a noun monkey.

It was a “quick idea” that I had the day before yet it worked out so well.  It ended up being, reading, writing and spelling practice as well as noun identification, verb spotting and we even chatted about Adjectives and Pronouns. 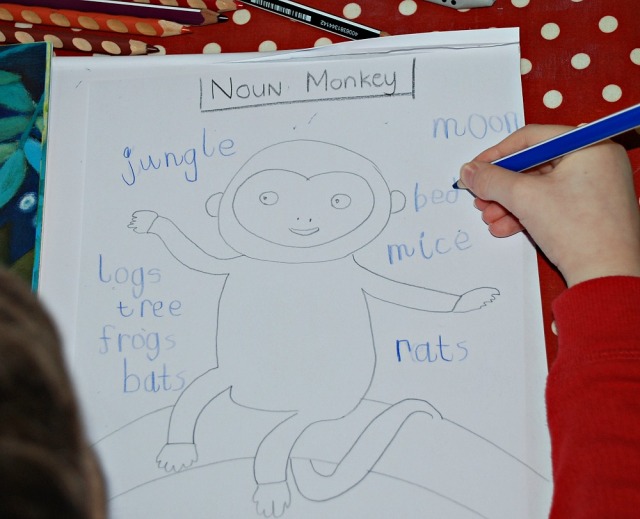 I think it worked really well with the Night Monkey Day Monkey text but you could use a lot of other stories.  For us one of the keys to it working was that my son already knew the story, if it was a brand new story I think he might have been more interested in the story itself as opposed to hunting for the different type of words.  Also Night Monkey Day Monkey has a lot of different animals mentioned in the text so straight away there were some easy nouns for him to spot which boosted his confidence and had him asking me questions about other words.  eg “the word him is a noun but it is not the same as my animal nouns so what would I call that?” – and we chatted about pronouns. 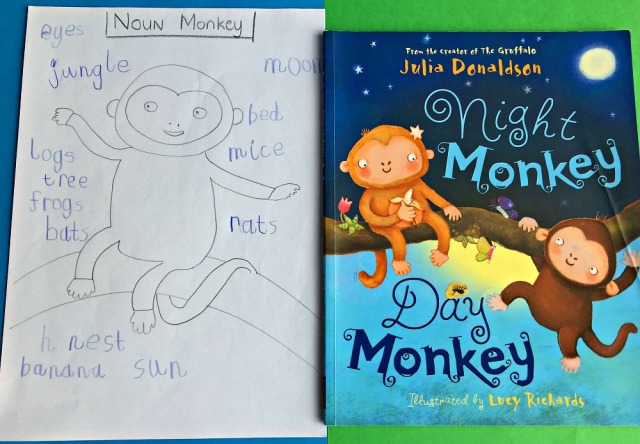 Just to mention we are home educating two kids. My youngest likes to be included in activities that his older sibling does, so often if his sister is doing a grammar activity or working on a topic I will try to find something linked to the same topic but more suited for his age – this is just our way of making it all work and it suites the nature of our kids. 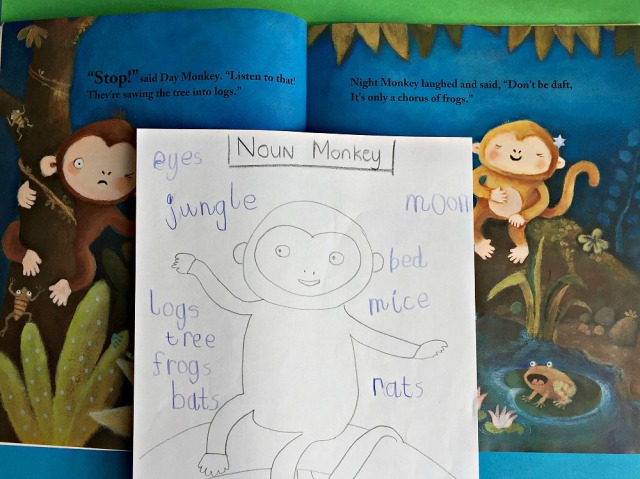 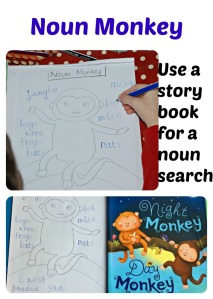