One of our new ways to practice some basic addition and subtraction sums  – it is very easy and quick to set up. 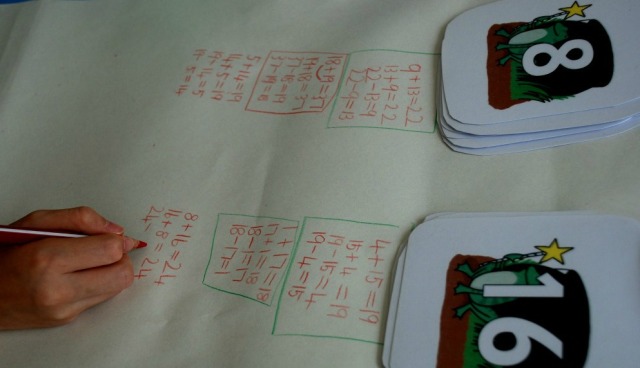 We divided some number cards into two groups  (we used the Free to download 0-20 cauldron number cards from Twinkl).  The cauldrons are actually created to print out 1 per A4 page which is a bit big for our purpose so instead we printed 4 cauldrons to an A4 page.  The cards where mixed up and placed cauldron down.  My daughter would then turn over two cards at a time (one from each group).

Once she had two number she would start writing out her sums.  She naturally choose to write an addition sum out for the two numbers.

Once she had her first addition sum she would then rework it to get the other addition sum and then rewrite it again to get two subtraction sums. 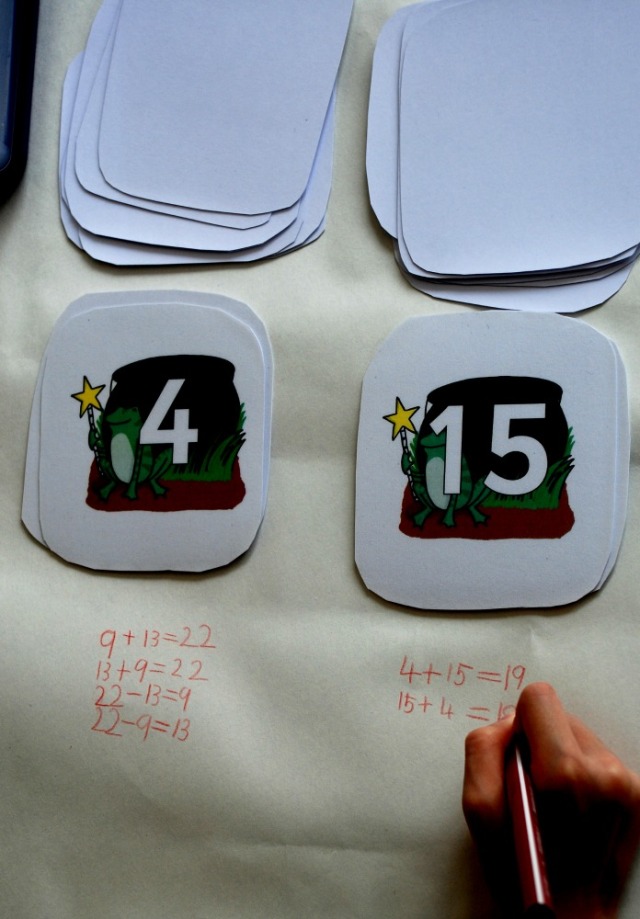 The two groups of cards naturally generated a total mix of sums.  Some were really easy (plus 1) and some where a bit harder (18+19).  It was  great practice and she liked the fact that she was creating her own sums instead of being given sums to answer.

And a great way of reinforcing the inverse relationship between addition and subtraction.

My youngest also had a few goes but we modified it slightly for him as he is only doing basic addition and subtraction at this stage.  We included his snap cubes so he could manually add the two groups of snap cubes together to get his answer.

You could also extend this idea by using number cards with even bigger numbers on them.

Home educating family based in the UK. We try to make learning fun
View all posts by ofamily →
This entry was posted in Homeschooling and tagged addition and subtraction, free printables, home education, homeschooling, maths activity, witchy maths. Bookmark the permalink.