Winter of the Wolves – Anglo-Saxon Fiction

I recently mentioned that my kids have become fascinated by the Anglo-Saxon time period.  And if there is one thing I learnt last year it was the power of finding good Historical Fiction books for the kids to read.  A good fictional story set in the time period they are learning about can really bring that period to life for the kids.

Yes, Historical Fiction books are not going to be 100% accurate in that the characters are fictional and no-one knows word for word what happened when a certain battle or event occurred.  But when a story is set in a time period and the author has truly done their homework about that time period the kids absorb a vast amount of knowledge without even realizing it.  And I have found because it is knowledge linked to a story that they enjoy it really sinks in and stays.  Oh and the vocab, wow the vocab that they pick up reading historical fiction is amazing.  So Historical Fiction for me, is win win win!!

We’ve just finished our first Anglo-Sazon Historical Fiction book and it was brilliant.  Winter of the Wolves: The Anglo-Saxon Age is Dawning

written by Tony Bradman. The story is about a boy called Oslaf (an Angle) who loses his parents and needs to fend for himself.  So he goes to a new village (the chieftain’s wife was an old friend of his mothers) and asks them to take him in.  They do take him in but he is told he needs to earn his keep by becoming a useful member of the village. 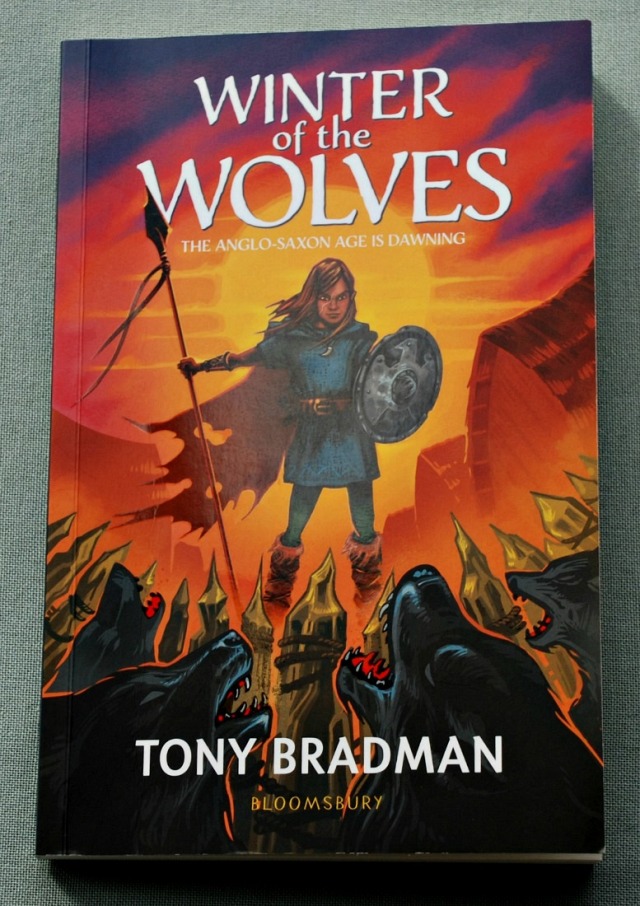 The story follows Oslaf as he finds his way, including becoming close to the local scop, learning to be a warrior and then embarking on the voyage with the townsfolk to new land in Britain.  I don’t want to give too much of the story away.

But a couple of things.  Both my kids were really rooting for Oslaf – they really were it was quite something.  They were talking about what he needed to do to survive, really getting involved with the character.  I will admit in the beginning I was worried it might be a little slow going but that was really just me.  From the start my kids were hooked and wanted to find out what was coming next.  From the way the village was set up to the actual migration, to getting to Britain, trying to settle and being drawn into battles.  The whole way through the kids wanted to find out how Oslaf was coping and what would be the next challenge that he faced.

They do use some words that are not common in English today like scop or wyrd – but there is a glossary at the back that explains them and really by the end of the story both my kids knew exactly what those words meant.

The book also includes a 5 page Historical Note at the back which is very handy – it sets out the background and explains a few facts about that time.  We actually turned and read the historical note after reading the first chapter as it does set a good grounding, so I would advise you not to leave it until the end of the book.  I think it helps the kids to understanding the setting of the story.

The story itself is 140 pages, there are no pictures/illustrations in the story but my kids did not comment on that once.  We read it as a family book (that means I read the story while both kids sat next to me and followed along).  But both my kids (aged 8 and 10) would have been capable of reading it by themselves, we happen to enjoy family reading because then we also talk a lot about what we are reading together.

Also I do need to mention this is set in the Anglo-Saxon time so there is fighting but it was not gruesome.  And both my kids accepted that Oslaf going to fight was part of being a boy in that time period.

If you are looking for a fictional story in the Anglo-Saxon times I would recommend this book.  I do think by reading this story the kids will discover a lot of interesting facts about the life of that time and what would have happened when the tribes migrated to Britain.

We are moving onto the The First King of England: The Story of Athelstan (Flashbacks)

next but I have been so impressed with this author that once we have finished our next few stories that are waiting for us I am going to search for his other books.  I spotted he has also written Attack of the Vikings (Flashbacks)

and Revolt Against the Romans (Flashbacks)

and we are definitely going to give both a try.

Admin – The publishers knew that my kids were looking for Historical Fiction books set in this time period and asked if we would be interested in receiving this book together with a few others.  Opinions expressed in this are mine and my two smaller readers. 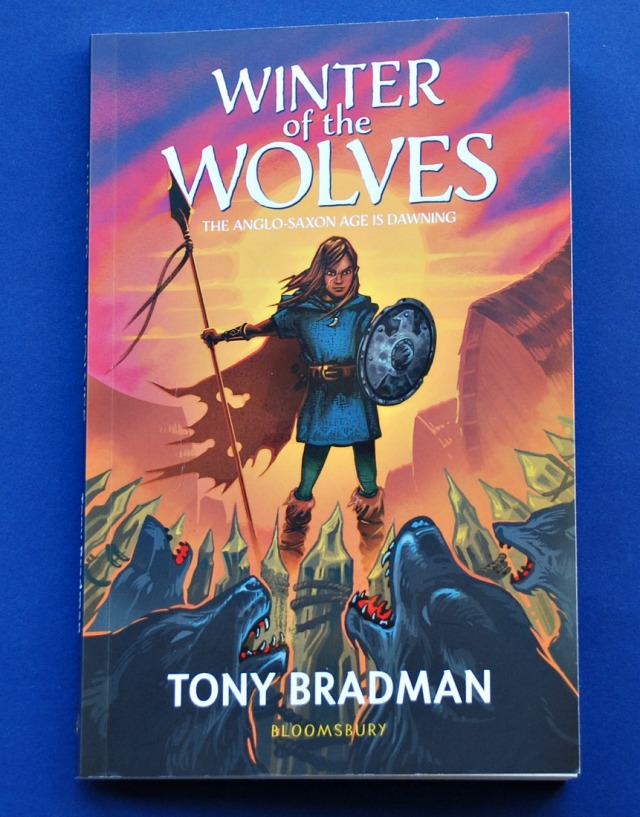 2 Responses to Winter of the Wolves – Anglo-Saxon Fiction