We seem to have been doing a lot of Maths lately and not much crafting so last weekend I did a search to try to find something to inspire us.  I ended up printing out some basic Mininbeast  shadow stick puppets (from Twinkl) onto some crafting card and then just left them for the kids.  I actually did not have anything planned but I was hoping that the kids might get inspired.

Surprisingly the first thing they wanted to try was to decorate the templates with some of their decopatch paper.  I was surprised by this as my youngest is still not a fan of using glue (he still struggles with the feeling on his skin).  However the Minibeast theme inspired him.  He first tried the spider template but the legs were too fiddly and the glue was just going everywhere so he switched to doing a butterfly. 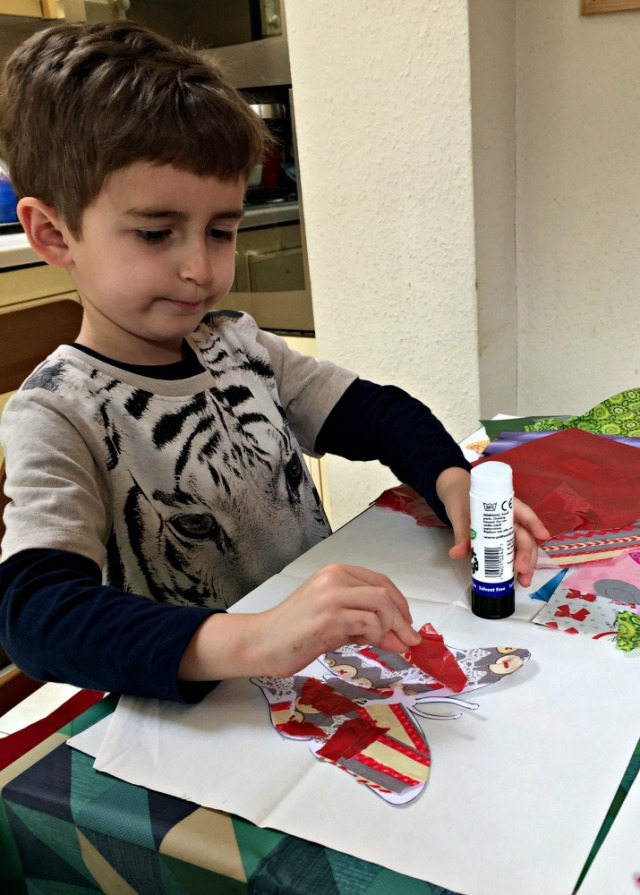 We stuck with the idea and the kids made a few more – the butterfly template was popular with the decopatch as the kids had fun creating patterns for the wings, also the snail was a winner and even a few beetles. 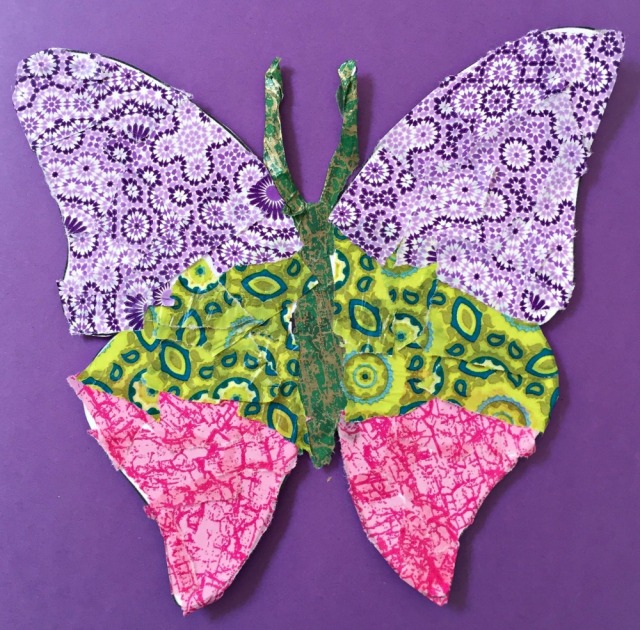 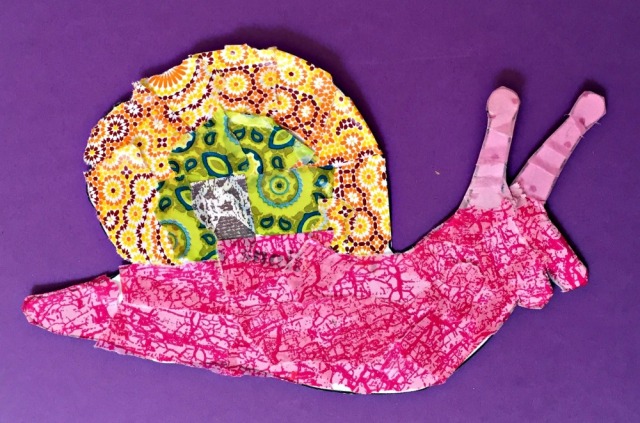 We had a few Minibeast templates left over which I forgot to pack away and the next day my daughter decided to try some more of her colour blending, this time using some water-colour paints and the left over templates. 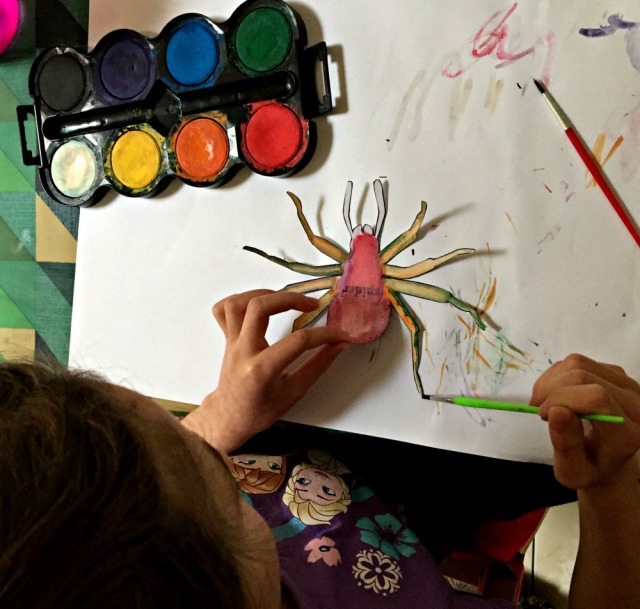 Simple but it ended up being a great painting activity for her. 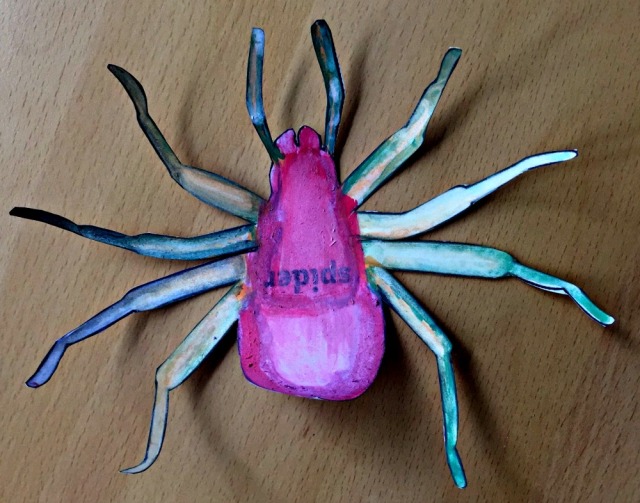 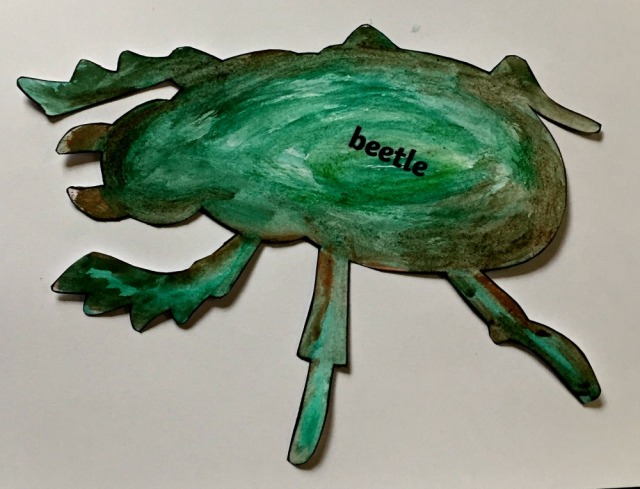 Sometimes I need to remind myself that as important as all the Maths is that we have been doing lately we still need to step back and spend some time being creative.  It does not need to be a complex craft project but it is so important to just relax, take sometime to unwind and have fun creating something. 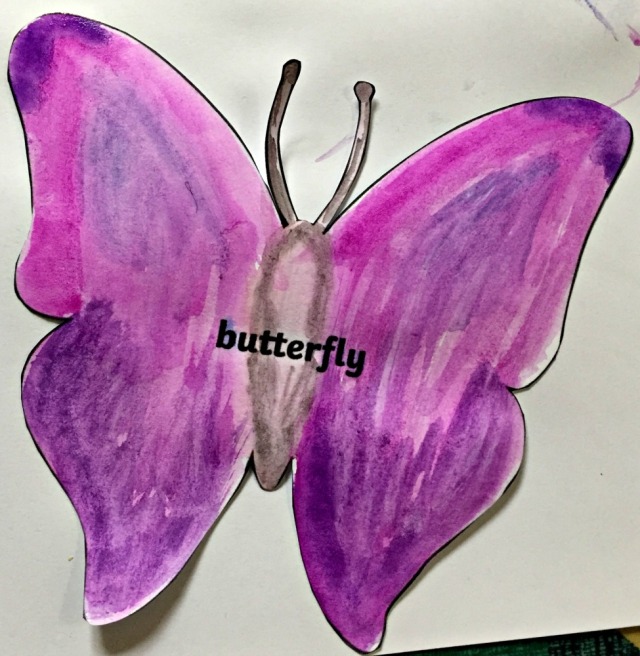 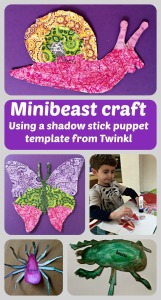 Home educating family based in the UK. We try to make learning fun
View all posts by ofamily →
This entry was posted in Art and Craft Ideas and tagged children's art, children's craft, home education, homeschooling, Insects, Minibeasts, Twinkl. Bookmark the permalink.