My youngest always sits opposite his big sister while she does her Maths and demands that he gets given his own maths to do.  He keeps asking for more addition and subtraction sums.  So I thought it was time to introduce him to some number bond activities but I wanted them to be activities where he has to figure out the sums.

His big sister used the Butterfly number bond matching activity and loved it. 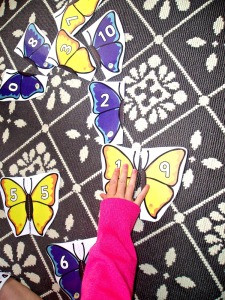 But he is more a train/ car / creepy crawly minibeast type of kid so I thought I would download some new cards especially for him (sometimes it is nice for the youngest to get their own new activity – I tend to re-use a lot of his big sisters activities with him).  I found some new Free number bond cards again from Twinkl but this time Trains.

(in case you have never used snap cubes, there  has 10 different colours and for each colour there are 10 cubes).  He had to combine all 10 of each colour in a row – and I made a point of asking him to check and count how many cubes were in each colour.

He had to select a train engine card to start with and then choose a snap cube colour. 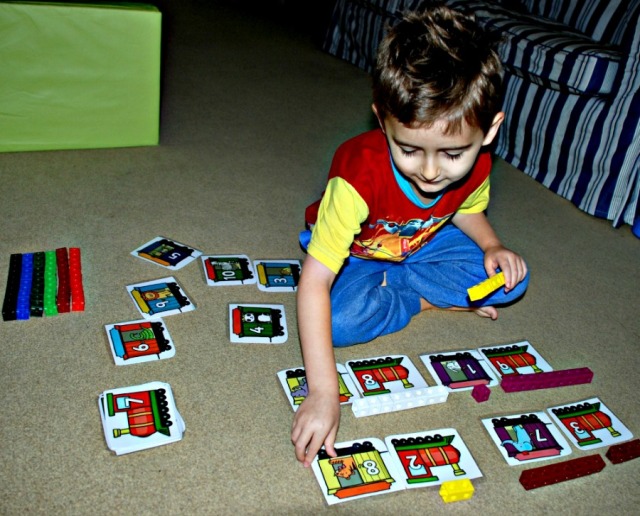 Above each engine and each carriage he would have the correct number of cubes and because there are only 10 cubes for each colour he would naturally be self checking himself.

Very easy to set up and it ended up being a very effective.