.  As soon as the book arrived it was a hit. (That is my youngest reading one of the Myths to his older sister) 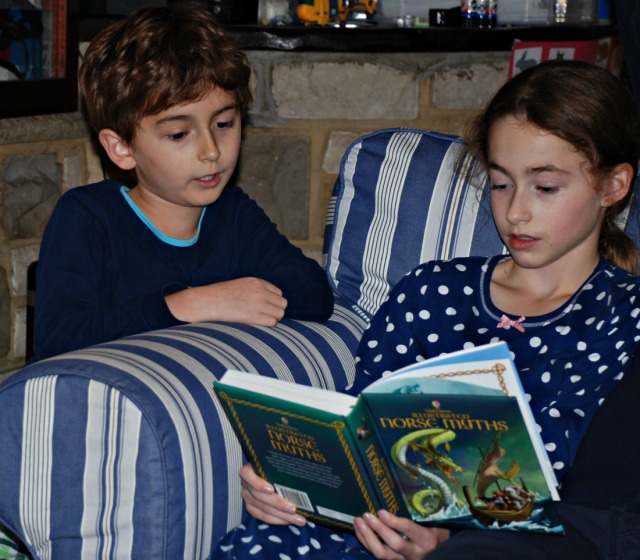 My son really liked that they start off with a few pages setting out the main characters and realms – this really helped as I must admit I do not know that much about Norse Mythology so I have not been that helpful.

We also discovered a chart showing the Nine Realms at the back of the book – which has also been very popular with both the kids as they like turning to it when they start reading a new Myth so they can get their bearings. (And yes the Names are Interesting) 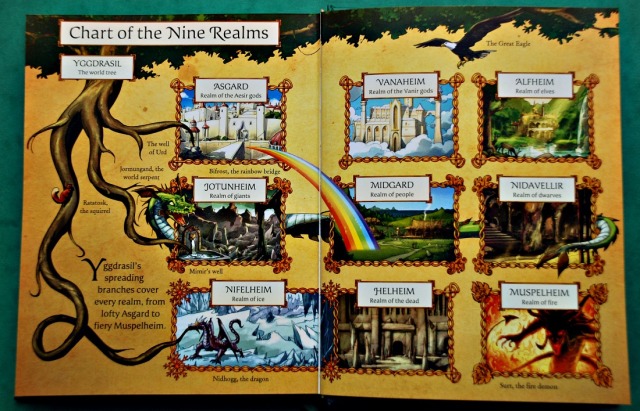 The Book itself is 279 pages and is divided up into sections and under each section there are three Myths.  So after they introduce the main characters and realms the sections are 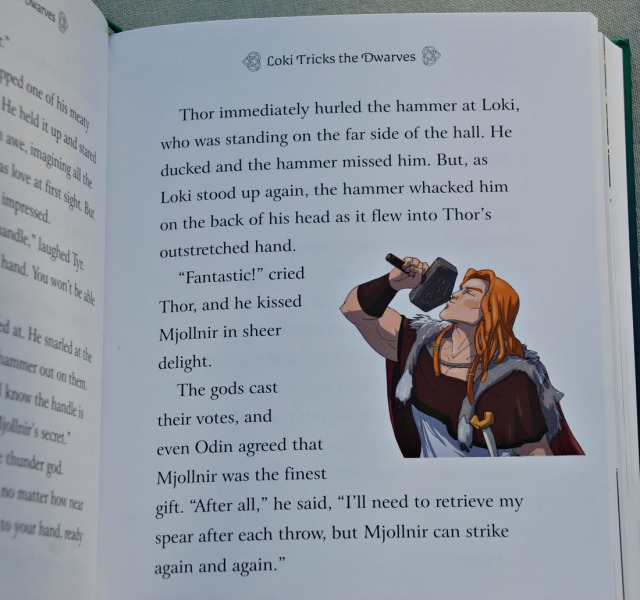 Stories of the Giants

The End of the World

I really like the book because it has helped explain how different characters are linked and the Myths are written in such a way that my 2 kids are totally fine reading them by themselves (well some of the names are really hard to pronounce but we don’t stress over that).  I also really like how they have included the extra bits like the Chart of the Nine Realms and information like how some of the Days of the Week come from Norse Characters (LOVED THIS) 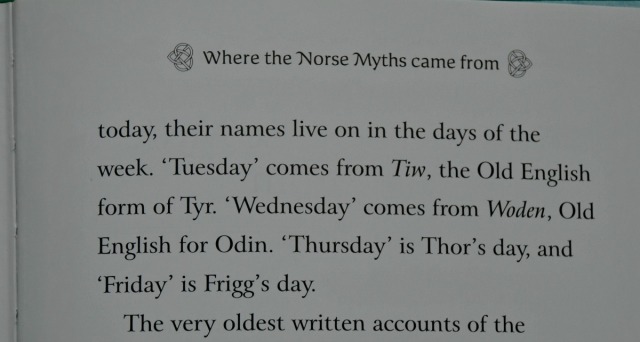 We are really enjoying finally getting to grips with some of the Norse Mythology that has been included in so many of the kids fictional stories.  And mine are actually so fasinated by all the characters and their antics that we are thinking of doing a big project next year where we compare Norse Myths to Greek Myths and Roman Myths.

We are NOT Norse Myth experts (Not yet anyway, my son might change that soon) but we are really enjoying this book and for us it is ticking all the boxes.  The kids and I highly recommend this stunning book.

Disclosure – I found the Norse Myth book that I wanted to read with the kids and then I approached Usborne and requested a review copy.  All opinions expressed are that of my two testers and myself