My youngest has been trying to remember the ck or k spelling rule but it has just  not been sticking.  (The Rule – if the word has a long vowel sound or an extra consonant then you only use a k.  If it has a short vowel sound then you need to use ck).

So we decided to make a home-made folder together. 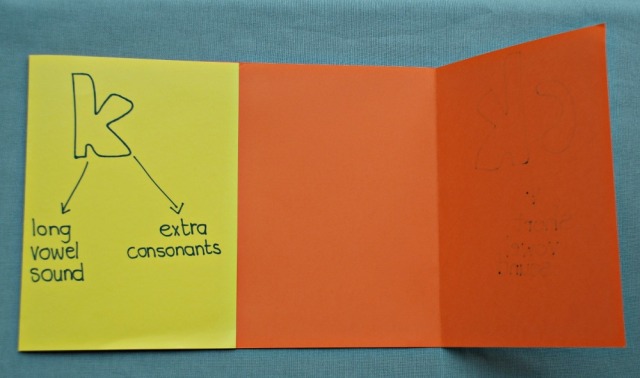 I stuck both onto a third piece of A4 paper (just to give it some extra support).

Then we cut up some coloured paper and my son (with some help from his older sister) wrote out a selection of words that apply to the rule. Some of the words he was not too sure how to spell, so we spoke about the word – did it have a long vowel sound or a short vowel sound and did it sound like it might have an extra consonant in the word. 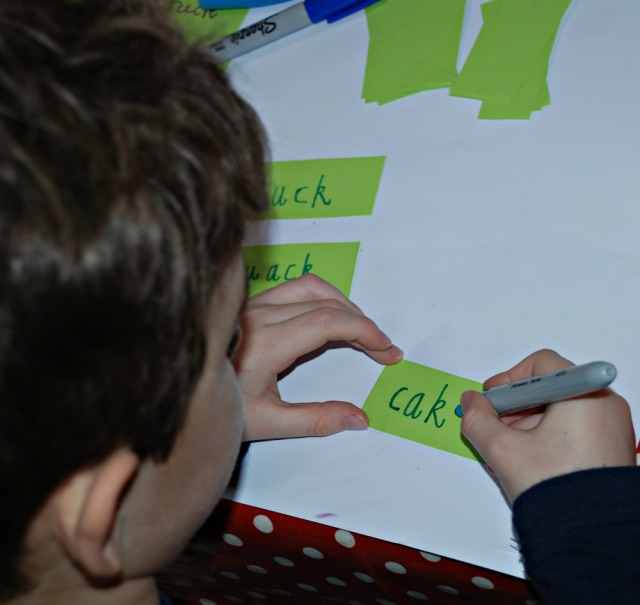 Based on prior experience of creating folders I have found it better for the kids to write their words on small pieces of paper then you then stick them into the folder instead of writing the words directly into the folder.  Purely because it means the kids don’t get upset if they make mistakes and if they want, they can rewrite any words however many times. 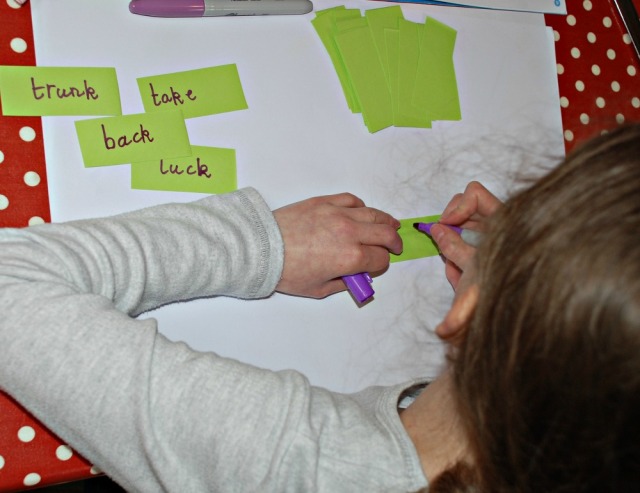 Once we had a selection of words we stuck the words under the correct flaps.  One of the reason why I used two different colours is it helps to enforce the rule. The kids remember that yellow applies to k and the orange to ck (with  visual learners the colours often help them later recall the rule). 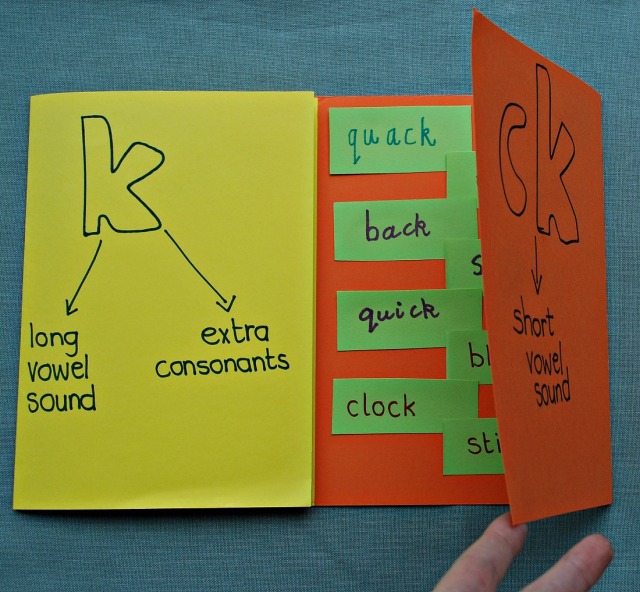 Really easy to make at home and hopefully being involved in making something like this and then having it on his desk will help him remember the rule. 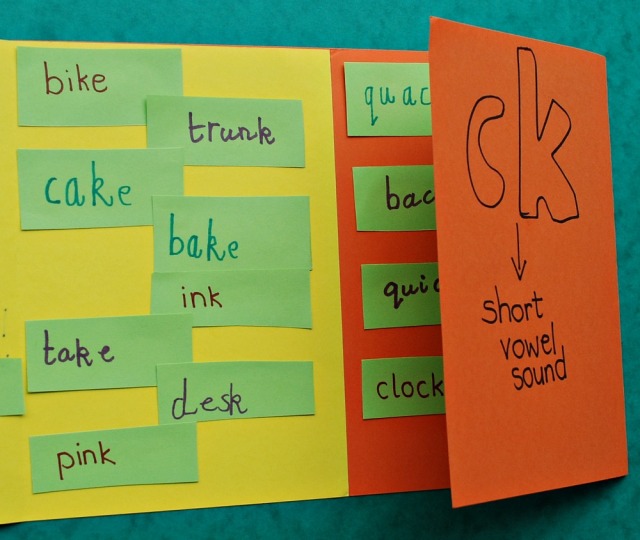