We love simple home-made learning aids (not even sure if that is what you call it) but they seem to work well with my two visual learners and they help them when we are learning rules or patterns to apply.

One of the spelling rules we have been going over lately  –  when do you double the consonant of a word if you are adding ed to it (turning the word into past tense). 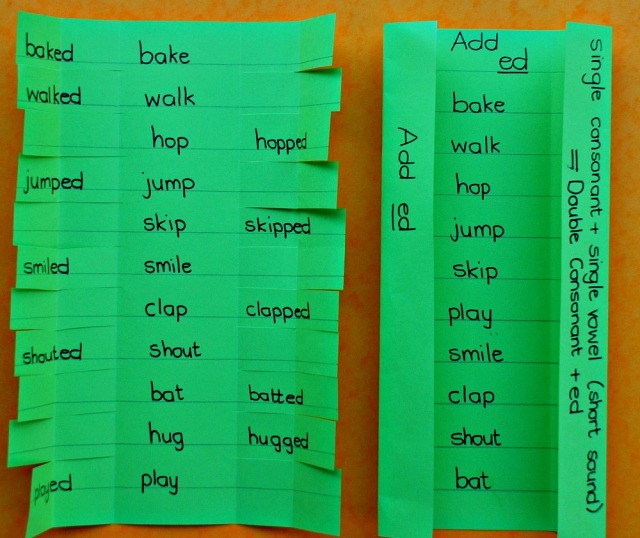 The Rule is – if the word ends in a single consonant and has a single vowel which is a short vowel sound you double the ending consonant before adding the ed.

So if the word has a long vowel sound, magic e on the end or ends with more than one consonant who DO NOT double the ending consonant.  Sounds like such a straight forward rule but I never knew these spelling rules when I was younger and spelling was always a struggle for me, which is why I really want the kids to know these basic rules.

So piece of card fold it into three equal sections (we use card as paper tends to be a bit too flimsy). 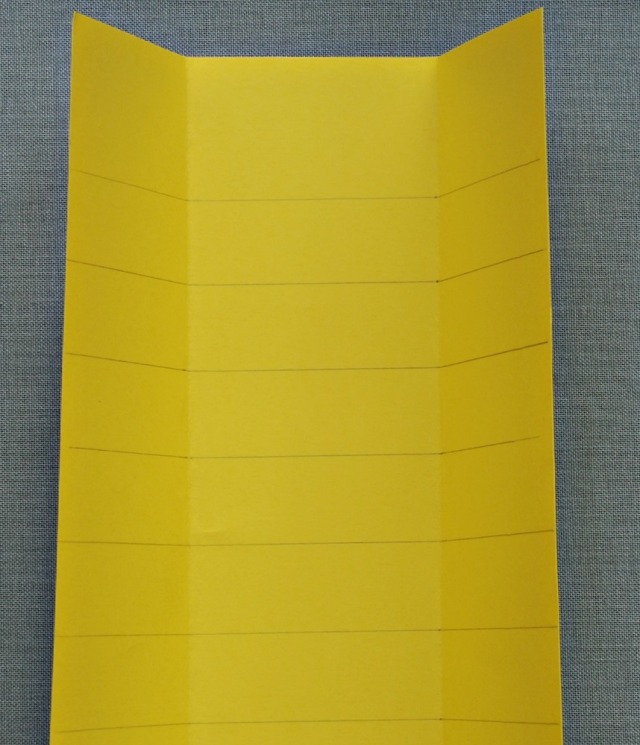 Now the middle section you want to leave alone.  The two side sections you want to fold those again in half so they have a flap.

One the one flap we simply wrote Add ed.  One the second flap we wrote out the rule – single consonant + single vowel (short sound) = double consonant +ed.

In the middle we wrote our selection of words.

My kids choose to cut the flaps into individual strips.

Nothing fancy and easy to create at home but something fun to reinforce the rule.

(And yes we left out the bit about if the word ends with a y – but for now we are focusing on the doubling side of things and will expand on that next). 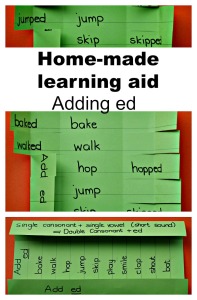