I thought I would share some thoughts and photos on one of the kids favourite books about Ancient Rome.  This is a book that I bought for my kids over a year ago and they have paged through it a few times but it has really been in the past 2 weeks with their new interest in Rome that we have read to cover to cover over and over again.

We are big fans of the Usborne flap books and own quite a few (if you are in the UK I have actually picked up a few of ours from local charity shops otherwise Amazon is a good source to get them).  I like the Usborne flap books because they always managed to get the kids interested and although there is not as much detail as some of the other historical books we use the kids enjoy paging through them over and over again.  Also in all the See inside books that we own there is never anything that is included that I feel is not appropriate for the kids and normally they manage to sneak a bit of humour in (which always amuses my son)

The City of Rome – a single page which takes you back to Rome around two thousand years ago.

Port Life – the ships coming and going at the port delivering supplies.  My son really liked that the flaps lifted to see what it would have been like inside the ships (below deck) 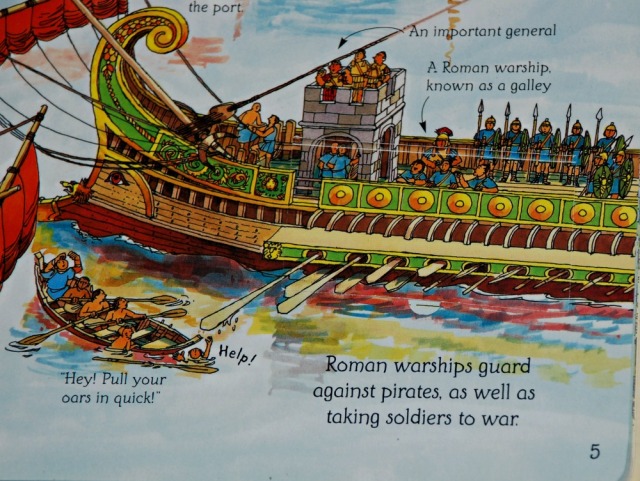 In the Army – examples of what life would have been like if you were in the army.

Gruesome Games – What it would have looked like inside the Colosseum

What’s what – Some examples of the people and objects that were included in the book.

I have included Affiliate links. If you follow an affiliate link and go on to purchase that product, I will be paid a very small commission, however your cost will remain the same.

1 Response to See Inside Ancient Rome