Last month I was searching for some new interesting books for my son, I wanted something with a bit of an adventure, an expedition of sorts but a real-life story for him (He likes books written about fascinating real-life expeditions). While I was searching for options I came across – Everest. The Remarkable story of Edmund Hillary and Tenzing Norgay and I was immediately interested so I requested a review copy and we have not been disappointed.

Both my son and myself find Everest fascinating but to be honest we don’t know much about the first ever successful climb, the people involved, what needed to happen for the climb to occur or what happened afterwards. And this book covers all of that. Really it covers A LOT more than I expected. 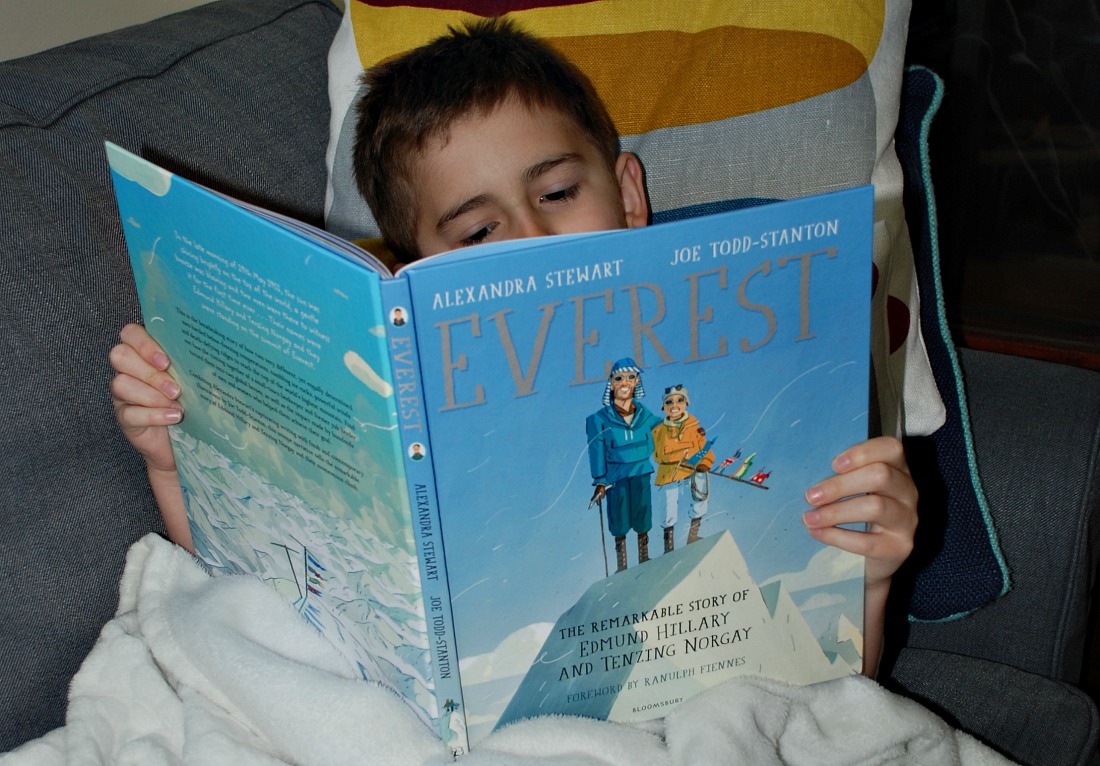 It starts by introducing the two climbers and talks about their childhood, which blew my son away. He could not get over the fact that these were two very ordinary people who had normal childhoods (“nothing fancy happened to them to make them climbers” – his words). I really liked that this is included because it shows the kids that your background, your childhood does not define what you have to become. Just one of a few powerful messages wrapped up in this story.

It goes onto how they both started to climb and how there were many failed attempts to climb the mountain before them. Again. Really appreciate that this in included, it shows it was not a quick event, it took years and many attempts to get up Everest for the first time.

Scattered through the book they also include lots of facts about the mountain and climbing. We really liked the Everest Survival Guide which highlighted some of the dangers and the double page which showed the journey up the mountain, broken down into where the camps where situated and where Khumbu Icefall is (there is also a separate page just about Khumbu Icefall).

Of course the actual expedition and the climb itself is covered really well. Two things my son found fascinating was the realization of how many people and how much equipment was involved in the climb – that made a huge impact on him and that once they got to the top of the mountain Tenzing did not take a photo of Hillary because he did not know how to use a camera – something which really stuck in his mind, someone who did not know about things like cameras could still achieve so much.

After the climb the book goes onto cover the events that unfolded – how they both became famous and the lives the lead afterwards. My son loved the story about how Hillary even though he was famous always had his telephone number listed and how one day a child phoned him up and just spoke to him about his adventures. He thought that was cool, that Hillary took time to speak to that child and did not think he was “too high and mighty”. 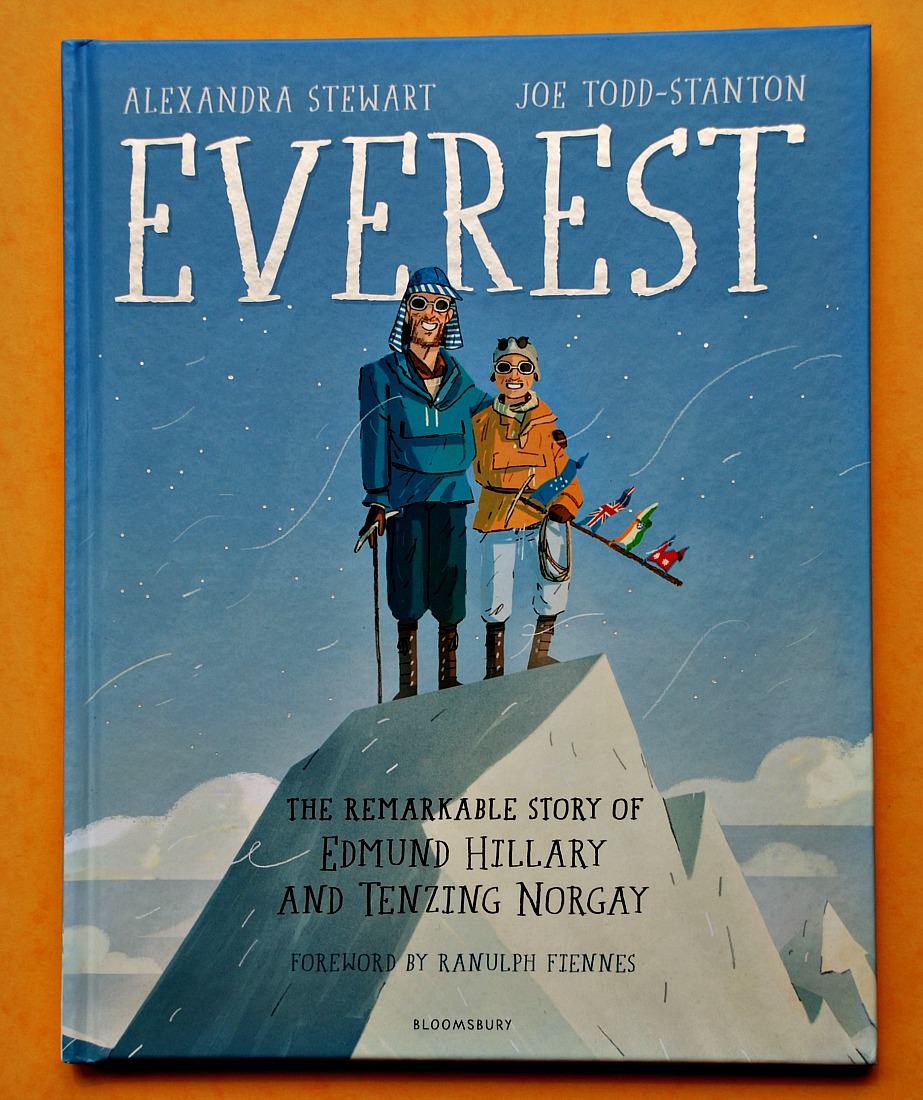 Both my son and I think this is a great story for kids, fill of fun facts but also lots of messages about not giving up, not being defined by your childhood and not letting your success get to you.

You can buy this book from Amazon here – Everest: The Remarkable Story of Edmund Hillary and Tenzing Norgay

As I mentioned above this book was given to us after I asked for a review copy.

Home educating family based in the UK. We try to make learning fun
View all posts by ofamily →
This entry was posted in Book Ideas and tagged adventure, children's book, Everest, History, home ed, home education, homeschooling. Bookmark the permalink.